When you think of sports or leisure goods brands, Nike and Adidas can't be left out. Nike and Adidas are especially considered representative companies that make good use of sports marketing. Sports marketing is a marketing method to raise awareness of companies or products by using sports. In this respect, the marketing methods can be classified into direct and indirect businesses. Direct business is a method of posting advertisements on sports broadcasts or stadiums. But after a contract between players or teams has been established, indirect business means using images such as athletes and teams to sell products through promotion. This is what Nike and Adidas are good at. Therefore, most companies that adopt indirect businesses for sports marketing select sports stars that can maximize their brand and product representation. In particular, this marketing strategy is widely used in the industry as the company's brand value could be increased depending on the performance of selected sports players.

Nike is a company that has grown fast based on active sports marketing. When asked about the representative model that comes to mind when you think of Nike to this day, Most people will answer the all-time basketball player Michael Jordan.

Nike signed a modeling contract with then-NBA rookie Jordan in 1985. At the time, Jordan didn't gain much recognition, but Nike signed the deal by pouring in 2.5 million dollars over five years. Nike, which featured Michael Jordan as its flagship mascot, was able to leave a strong impression on consumers. At that time, Nike introduced a Jordan Flight ad modeled after Jordan's dunking, and the basketball shoes Air Jordan 1 which was released that year recorded sales of a whopping $130 million over the year.

Since then, Nike and Jordan have continued to collaborate to produce positive results. Nike created the logo itself with Jordan dunking and continued to release follow-up products even after the release of Air Jordan 1, boosting brand competitiveness. As a result, the Air Jordan series received an explosive response by surpassing $1 billion in sales as of 2019.

On the other hand, Adidas, who was watching the rapid growth of Nike in collaboration with Jordan, was bound to grudge Nike’s success. Adidas had a chance to sign Jordan as a model ahead of Nike. When Jordan was a rookie, Jordan preferred Adidas to Nike as basketball shoes but Adidas had no interest in the U.S. NBA market and plans to make new basketball shoes. Therefore, Jordan signed a contract with Nike. Furthermore, an interview revealed the backstory that Jordan wanted to sign Adidas as a rookie.

3. Adidas Strikes Back, the Appearance of Yeezy Boost

There was an AIR YEEZY series before Yeezy Boosts. This series was created in collaboration with famous rapper Kanye West, named 'YEEZY', which is also Kanye's nickname. It was Nike's first collaboration series with non-athletes. A collaboration between Kanye and Nike brought strong influence in the fashion industry based on their unique fashion and numerous fans at the time. It brought tremendous synergy, and the products were always out of stock as soon as it was released, so the price was doubled and constantly traded by resellers. The reason why Nike's "Air Easy" was so popular was because of the unique luxuriousness and exclusiveness of Nike's premium line.

Kanye West wanted to earn a certain percentage of commission for every shoe sold as Jordan did, but Nike refused because Kanye was not a sports star. Accordingly, Kanye West rejected Nike's $10 million renewal and released the Adidas Yeezy Boost line for $100 million with Adidas.

With Kanye West's new contract with Adidas, he stated a pledge that "I'll make sure that anyone who wants to wear Yeezy can wear them." It was a promise to target Nike, which produced only a small number of "AIR YEEZY," and this was truly a novel marketing method.

This has begun to shake Nike's unique position in the premium sneakers scene due to Kanye West's transfer. The successful debut of Yeezy Boost may include Kanye West's name value and the design of the shoes themselves, but above all, it is no exaggeration to say that the reputation of "AIR YEEZY" took a large part. Like this, Nike lost the name value of YEEZY to Adidas.

Not long ago, when Drop Marketing was in vogue, people visited retail stores to buy limited edition sneakers. Drop Marketing is a marketing strategy that involves selling a new product on a specific day or time of the week that is set in store. At the same time, it positively affects sales by attracting consumers' attention and stimulating consumer sentiment through SNS. Drop marketing also has the advantage of reducing inventory management costs in-store management. However, some consumers have argued that the traditional method of drop marketing is unfair. To increase the value of limited edition shoes, drop sales, which are only held at some stores, are mostly held at large stores in the metropolitan area, almost impossible to purchase for consumers living in provinces. Sometimes, even if the drop was made online, the server was often shut down due to traffic overload caused by a surge in users.

Due to the characteristics of drop marketing on a first-come, first-served basis, consumers had to arrive at stores faster than others to make sure purchases. And as the heat increased, some buyers set up tents and slept before the store opened, but at some point, people and tents began to disappear. That’s because Raffle Marketing has emerged.

Raffle means lottery sales; Nike sometimes uses the word in combination with drop. Nike proceeds in an entry process. Therefore, consumers who want limited edition shoes can apply for the raffle product and purchase the product only if they win. Raffles are mostly applied online and the entrances are accepted for a certain period, so users don’t get the experience of excessive traffic on the site. Unlike the first-come-first-served drop, it saves the trouble of finding a store far away from home or facing the heat and cold in front of the store. In addition, an official from the fashion industry said, "If we proceed with the sale in a raffle method, it is easily sold out, making it good for generating profits, and it can increase loyalty to the brand by stimulating consumption of the MZ generation that values novelty, individuality, and experience."

Why Did Nike Introduce a Lottery System?

With the recent overheating of the sneakers market and a significant increase in new inflows, more people are participating in the draw, and the chances of winning are now becoming slim. Nevertheless, why does Nike maintain this lottery system?

The advantage of raffle marketing is that it is possible to maintain equitable distribution and scarcity. Most of all, consumers' complaints about having to wait in line have been flooding as they have previously released offline in small quantities. In addition, there were gun accidents overseas and in Korea, there were some "Open Runs" where people are entering the store at the moment it opens, and this led to the suspension of release.

In addition to preventing various problems and disputes between buyers, Nike's implementation of the raffle system has more important reasons. It is to gather and stack the valuable data. When a buyer accesses the official website to apply for the raffle, it is rare to just leave the page right after participating in a raffle. Visitors get to see new products that are in stock with other sneakers that are scheduled to be released. At this time, all activities within the website, such as which product you stop scrolling on, and which model and color you clicked on, are accumulated as data. This data will be reflected in Nike’s new product planning and product design in the future. As a result of the steady release of products based on the data accumulated on the official website, Nike's 2020 online sales increased by about 84% and Direct To Consumer (D2C) sales increased by more than 32% compared to last year.

Currently, Nike's resell culture, which is constantly buying and selling limited-edition sneakers and clothing, has become a very popular activity among teenagers and twenties. However, for the public who want to enjoy their shoes as a hobby lightly, it is burdensome to buy shoes that are more than 10 times the regular price. There is also a disadvantage in that it makes you feel tired easily and lose interest in sneakers.

Except for some items, Adidas still adopts the "drop method" of releasing most premium shoes, including Yeezy Boost. And, as Kanye West said earlier, "Yeezy’s for everyone," maximized profits by re-launching premium limited shoes every year that should be rare in number. Unlike Nike, which can be mainly purchased by raffle, Adidas wanted to meet the demand of all buyers through a steady supply of goods. In addition, by conducting periodical restocking to ensure that the market price is settled at the list price, Adidas has eased the financial burden on buyers and positioned Yeezyboosts as products that they want to buy and that can be purchased whenever they want.

Nike is introducing a fast-fashion strategy that develops and supplies the right products for consumers based on the accumulated data. Fast-fashion strategies are responding immediately to what color and material consumers want, and most recently, Nike has been sensitively responding to today's environmental issues by releasing shoes made from recycled plastic bottles and waste clothing that float space. Nike, of course, may have released these products as a concern about environmental destruction, but in fact, it's no exaggeration to say that all these moves are strategies to meet consumer needs. There are no reasons not to launch these products because they meet consumer needs, can improve brand image, and will soon lead to large sales growth.

Get Free Consulting to Become a Better Brand 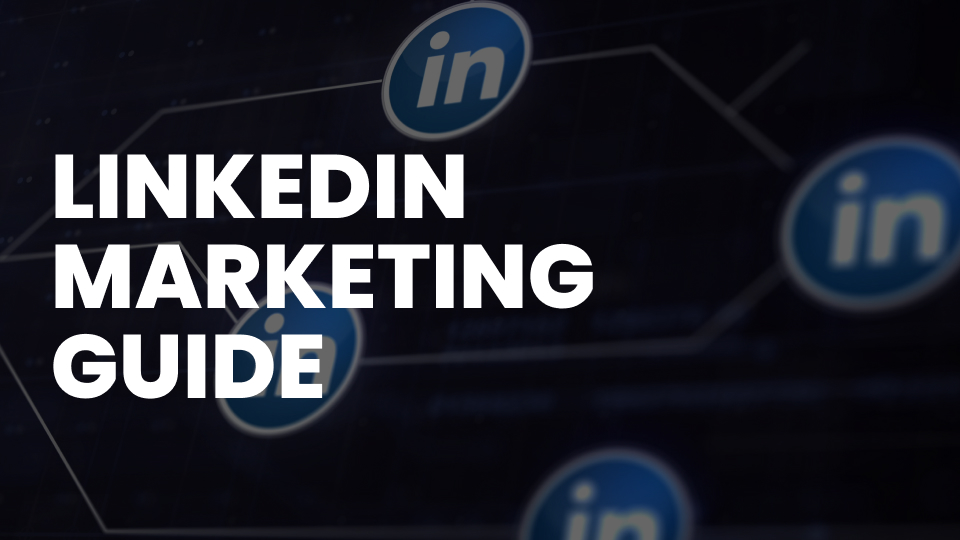 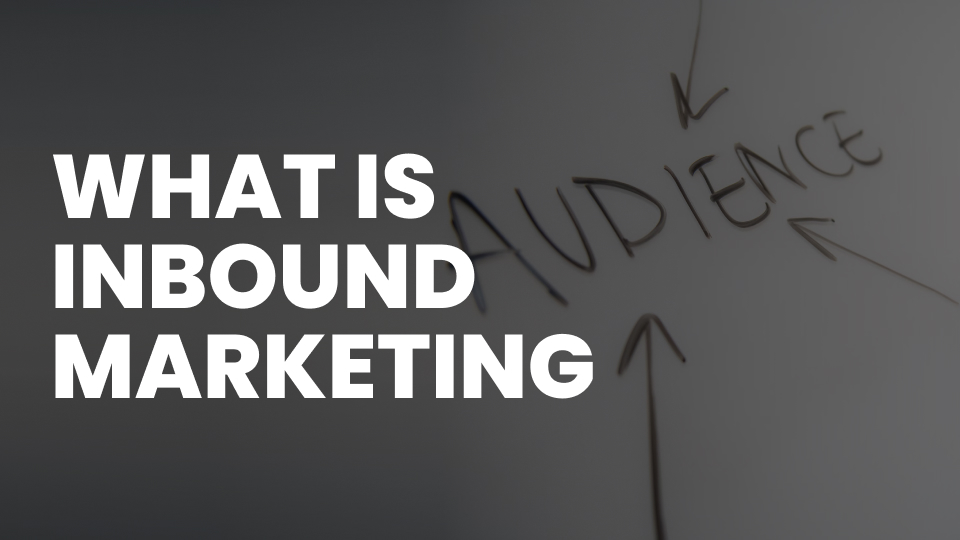 What is Inbound Marketing?